Pat Barrett recognized as Citizen of the Year 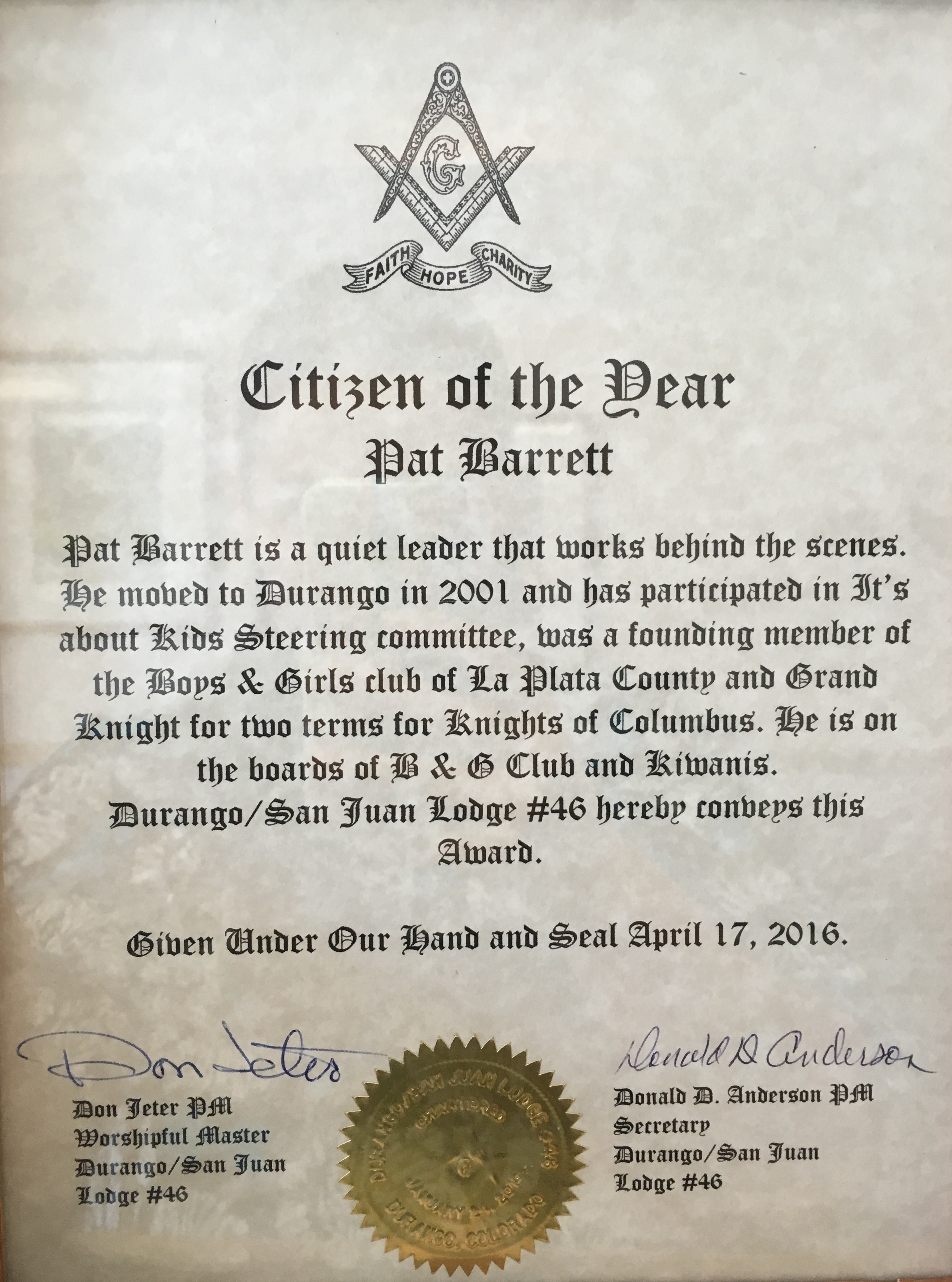 Our very own Pat Barrett was recognized as 'Citizen of the Year' by the Mason's Durango/San Juan Lodge #46.  Pat was both shocked and honored to receive the award, saying,

"I was shocked to have been recognized by the local Mason's lodge as their Citizen of the Year.  It was an honor to have been recognized along side the true heroes of our community which included several first responders from Durango Fire and Rescue, the Durango Police Department, La Plata County Sheriff's Office and Colorado State Patrol, in addition to several teachers and students from the Durango 9R, Bayfield and Ignacio school districts.  The Masons are a huge asset to our community, and its members are continually giving back in so many ways behind the scenes, day-in and day-out."

The award given to Pat states, "Pat Barrett is a quiet leader that works behind the scenes.  He moved to Durango in 2001 and has participated in It's about Kids Steering committee, was a founding member of the Boys & Girls Club of La Plata County and Grand Knight for two terms for Knights of Columbus.  He is on the boards of B & G Club and Kiwanis."

Congratulations to Pat and Thank You to the Mason's for their continued support and involvement in our community!